Announcement Concerning the Situation in Australia

We have learned from the foreign press of Australia of an attempt to create a false impression relative to an agreement between the Federation of Greek Orthodox Communities of Australia and a group who present themselves as the “Church of the GOC of Greece.”
From their publications it is clear that this agreement has only one objective: to obtain recognition of the sacraments performed by the “Autocephalous Church of Australia and America(!),” i.e. the ecclesiastical institution formed by the Federation of Greek Orthodox Communities of Australia. We have always known the disagreement between the communities and the Archdiocese of Australia. We knew very well that this disagreement was never for reasons of faith; it has to do with administrative issues. The communities were never willing to submit complete control of the churches, which were built by the sweat of simple immigrants, who are members of the community, to the Patriarchate. The issue is mostly one of economic control of the churches. For this reason they separated from the New Calendar Archdiocese of Australia and founded their own “Autocephalous” Church.
This “Autocephalous” Church also follows the New Calendar; it uses as its clergy mostly people who have come from the New Calendar Church, from which they do not differ at all in ecumenistic practices such as mixed marriages and shortened divine services; they accept into their ranks as members high-ranking Greek-Australian Freemasons, etc. The only exception is that the sacraments performed by clergy of the “Autocephalous” Church are not recorded in the registry office of the Greek Consulate. From the beginning this has been a device used to pressure the “Autocephalous” Church, and it expressed the preference of the Greek authorities for the other New Calendarist faction, i.e. the Archdiocese.

The issue of recognizing the sacraments of the “Autocephalous” Church concerns the Greek authorities; the “Autocephalous” Church could have resolved it with political or legal means. However, the solution which the Federation of Greek Orthodox Communities of Australia has found is absurd and offensive for the Genuine Orthodox Christians.
The sacraments of the GOC performed outside Greece are registered in the books of the Greek Consulate, but not indiscriminately. The clergymen who perform these sacraments must have been canonically ordained and not have been deposed.
The communities have as their Bishop a former New Calendarist clergyman of the Archdiocese of Athens who was “ordained” by individuals who do not have canonical ordination. Auxentios, who bears the title of Archbishop of Aegina, was “ordained” in 1996 by Maximus Ballianatos and Demetrios Biffe. The former was at one time Metropolitan of Cephalonia of the Church of the GOC of Greece; however, he was deposed in 1985 because of an illicit ordination which he performed, and later he was excommunicated when it was proven that he had lied under oath. The latter was a New Calendarist hieromonk who suddenly presented himself as the “Archbishop of Crete” without anyone knowing whence he came.
The group of Auxentios “of Aegina” is of infinitely small scope in Greece. If the sparse sacraments performed by their few “clergymen” are recorded by municipal registrars (which we doubt), this is undoubtedly due to the poor observance of governmental regulations on the part of said municipal registrars. Wherever the registrars fulfill their responsibilities, such sacraments are not listed.

Moreover, the sacraments performed by the clergy of the “Autocephalous” Church of Australia cannot be registered as GOC sacraments, because, very simply the clergymen in question have never been clergy of the GOC. They were and are New Calendarists. They were not transformed into Genuine Orthodox clergy simply by the signature of the honorable president of the Federation of Greek Orthodox Communities of Australia with the agreement of someone who bears the title of “Archbishop of the GOC.” Neither did entrusting the administration of the “Autocephalous” Church to a former New Calendarist clergyman who received a nonexistent “ordination” from those who bear the title of GOC, in order to return to Australia and liturgize once again as a New Calendarist for New Calendar parishes suddenly change them—as if through magic—into GOC clergymen.
Moreover, the use of certificates which bear the heading “Church of the GOC of Greece—Autocephalous Church of Australia and America” is at least absurd: how are they autocephalous when they are under a greater Church authority? It is obvious that the use of the name of the GOC is a pretext for the deceitful manner of getting the sacraments of the “Autocephalous” Church registered.
If they want their sacraments to be registered, they should go to the courts responsible for such things, “entering by the gate,” and obtain recognition for what they are in reality, and they should not take advantage of a name which does not belong to them, because “he who enters in not by the gate but by another way, such a one is a thief and a robber,” according to the Gospel.

Besides, we should mention that from our research until now with the Supreme Court of Athens there does not exist a legal person with a registration number which the announcement of the Federation of Greek Orthodox Communities of Australia mentions.
From the Office of the Sacred Synod
Δεν υπάρχουν σχόλια:

Met. Vitaly on the Anathema against Ecumenism 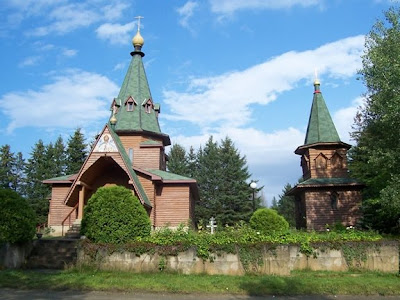 by Archbishop Vitaly of Montreal and Canada
The Council of Bishops of 1983 was a most special council, whose distinctiveness lay in its modesty and inconspicuousness. This was, of course, the first time in the history of our Church that a council had been held at Holy Transfiguration Skete—not even in a monastery. The fourteen hierarchs who took part in the Council traveled from all parts of the free world—at their head the First Hierarch of our Church, His Eminence Metropolitan Philaret. Ten of them were elderly men over seventy years old. In addition, no previous council had been so brief, continuing in all for just under two weeks. The skete, in which all the sessions were held, is situated in a very beautiful locale, far from heavily-traveled roads and surrounded on all sides by coniferous and deciduous forests: one might even describe its location as overgrown [...]
Of course, neither the international nor the local press made a single mention of our very insignificant council, which only further emphasizes its modesty. Indeed, none of these members of the press had time for us when at the other end of Canada, 4,800 kilometers from Mansonville (Quebec), a world-wide ecumenical council was being held. All religions were represented there: Orthodox, Roman Catholics, Protestants of every sort, Jews, Moslems, Buddhists, Hindus, and even simple shamans (or to put it more directly and simply: sorcerers). If one adds to this motley collection women priests and the presence among the participants of bare-footed dancers in the style of Eleanora Duncan then one simply cannot find words fit to describe the character of this great world-wide assembly.
It has been almost a hundred years now since ecumenism began its attack upon the one true Church of Christ, invested by Him with the authority to bind and to loose, and began to unite all the countless heresies, both small and great, acknowledging them to be, as it were, sparks of the truth, from which the future ecumenical church is to be formed in place of the historical Church of Christ, which in their opinion has proved to be a failure. Against this monstrous teaching a vast literature has grown up, revealing ecumenism to be the heresy of heresies, but we cannot in such a short article review it in detail. Without doubt, the time for discussion and polemics has passed and the time has come to judge this movement and, however insignificant our Council of 1983 may seem, it has at last condemned ecumenism and anathematized it in the following words:

The Russian Church Abroad, now headed by Metropolitan Philaret, professes itself to be an inseparable part of the historic Russian Church. As a local Church it has the right to summon its regular Councils and to enforce its resolutions, which are thereupon fully obligatory for all of its children, scattered throughout the world. Time will tell whether or not the other local Churches will adopt our resolution on ecumenism as the acts of the Ten Local Councils were, in their time, entered into the Book of the Canons of the Holy Apostles, the Sacred Ecumenical Councils, and the Holy Fathers of the Universal Church. We well know that all our conciliar resolutions against the Moscow Patriarchate, whose hierarchy is completely subject to the atheist Communist Party, were merely taken note of by the other local Churches—to their spiritual detriment. The local Orthodox Churches tried to justify themselves by saying that their silence was due to the difficulty of discerning all the internal affairs of Russia and that our resolutions against the Soviet Moscow Patriarchate were more political than ecclesiastical, although it is now clear to all reasonable persons that the doctrine of Communism is atheistic and materialistic. Russia is not Nicaragua, and when such a great people, occupying one sixth of the earth suffers, the whole world suffers. The disease of Communism has now penetrated every nation and to say that anyone cannot understand the internal affairs of Russia would be, to put it mildly, amusing if they had not had such a tragic influence on all the Orthodox Churches and peoples. In regard to ecumenism, every local Church has had ample time, more than a century, to spend examining it and, if the local Churches base their teachings and life upon the canons of the Holy Apostles and the other Orthodox Councils, then they cannot but recognize that ecumenism is clearly the most pernicious of heresies, for it has gathered all the heresies that exist or have existed and has called this union a Church—a deed that savors of Antichrist.
By proclaiming this anathema, we have protected our flock from this apocalyptic temptation and, at the same time, have reluctantly put before the conscience of all the local Churches a serious issue, which sooner or later they must resolve in one way or the other. The future spiritual fate of the universal Orthodox Church depends on the resolution of this problem. The anathema we have proclaimed is de jure a manifestation of a purely local character of the Russian Church Abroad, but de facto it has immense significance for the history of the universal Church, for ecumenism is a heresy on a universal scale. The place of the Russian Church Abroad is now plain in the conscience of all the Orthodox. The Lord has laid a great cross upon us, but it is, however, no longer possible to remain silent; for continued silence would be like a betrayal of the Truth, from which may the Lord deliver us all!
Δεν υπάρχουν σχόλια: 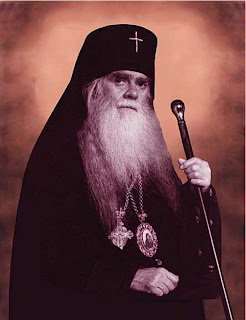 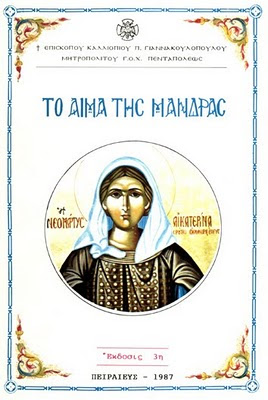 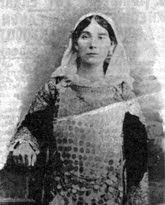 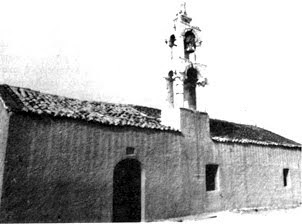 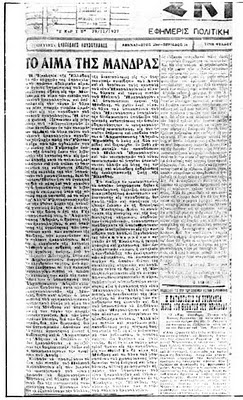 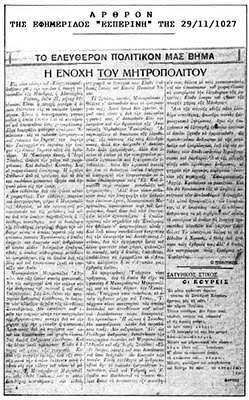 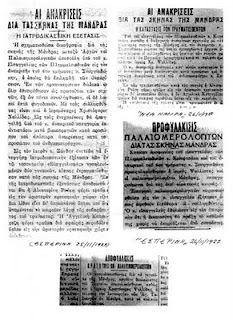 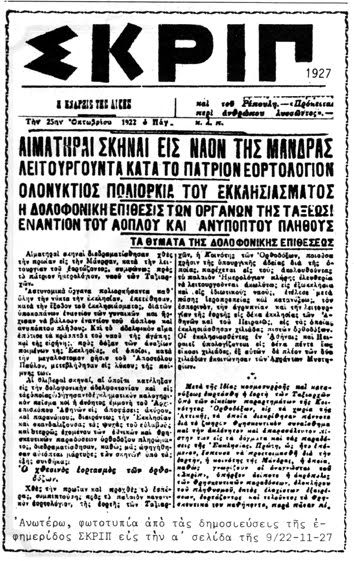 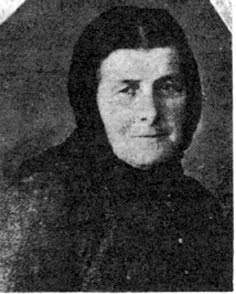